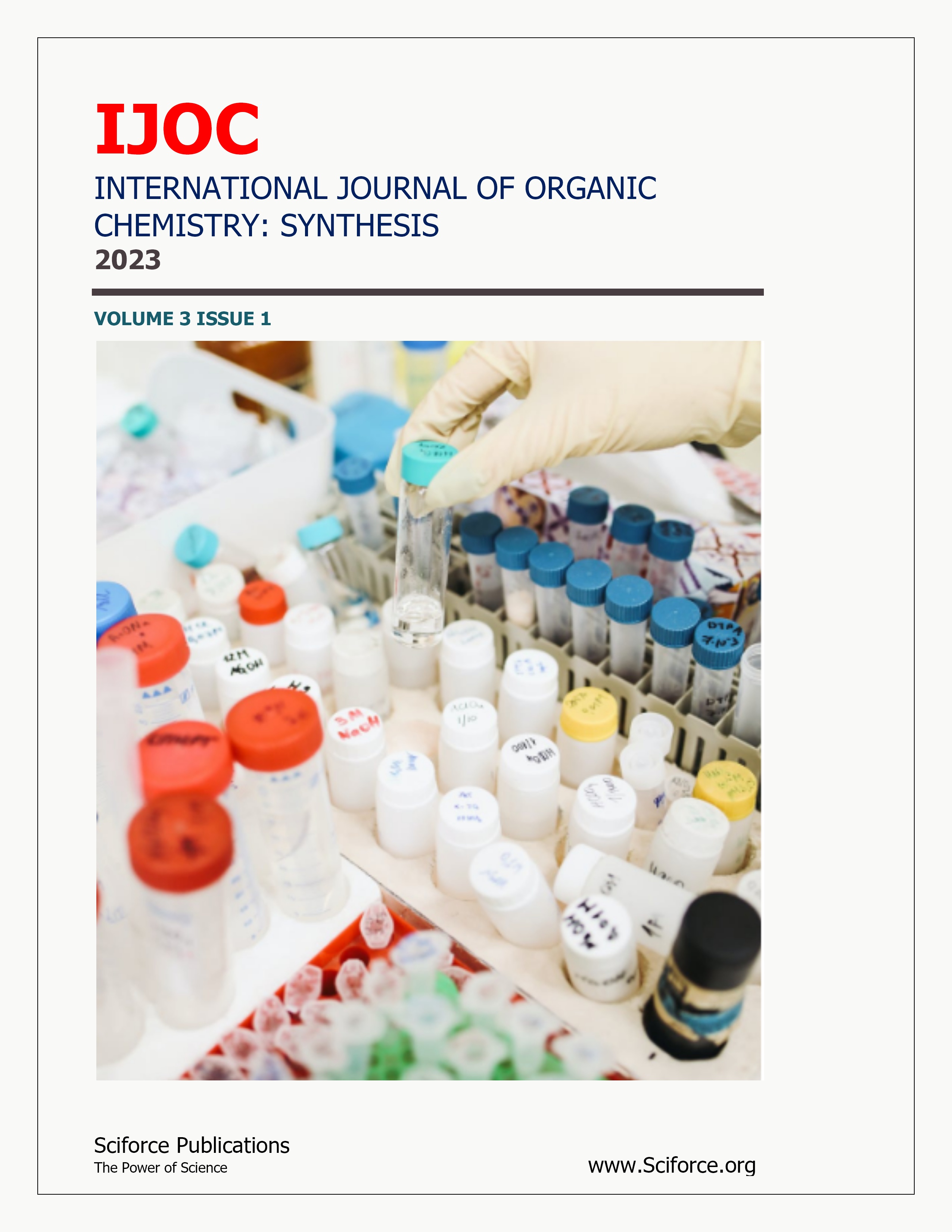 Tetrabutylammonium bromide (TBAB) a facile phase transfer catalyzed direct synthesis of α, α-dihalo methyl sulfones by the reaction of sodium alky/ aryl sulphinate with halofom is described. Obtained products were purified with column chromatography and crystallization and all products were characterized by 1H NMR and mass spectral data

Typically, one or more of the reactants are organic liquids or solids dissolved in a nonpolar organic solvent and the coreactants are salts or alkali metal hydroxides in aqueous solution. Reactions between these substances which are located partly in an organic phase and partly in an aqueous phase are usually very slow. Employing nonpolar organic solvents alone frequently leads to heterogeneous reaction mixtures and the use of polar, aprotic solvents like DMSO, DMF, etc. under elevated reaction temperature conditions to achieve homogeneous solutions increases both the cost and the difficulties encountered in the work-up procedures. The use of alcoholic solvents to maximize the solubility of both reactants usually leads to slow reaction rates owing to extensive solvation of the anions, and reactions of the nucleophilic solvent complicate the product mixtures. A Phase-transfer catalysis (PTC) is a technique by which reactions between substances located in different phases are brought about or accelerated.

Reaction of halo form 2 with sodium aryl / alkyl sulphinate salt18 1 refluxing with aqueous alkali for 12 hrs results in the formation of , - dihalo methyl sulfones 3 in about 7-60% yield. However by using of TBAB as PTC in acetonitrile as reaction medium, the product in over 90% yield in one hour. In order to optimize the reaction conditions changing the solvents Table 1, temperature and type of phase transfer catalysts (TBAB, TEBAC, TBAI). It has been observed best results are obtained by refluxing the reaction mixture in acetonitrlle by using of TBAB as phase transfer catalyst a,a-dihalo methyl p-toluene sulfone in 90% yield. The poor yield in case of hydroxylic solvents and less polar solvents are probably due to the lower solubility of the sulphinate salt in the solvents. The phase transfer catalyst, apart from increasing the solubility of 1 in the solvents, increases the effectiveness of the nucleophile.

Table 1: Solvent effect on the reaction of sodium p-toluenesulphinate with Chloroform and TBAB as phase transfer catalyst under reflux conditions

Using optimum conditions, different types of -halo methyl sulphones, , -dihalo methyl sulphones, have been synthesized in facile manner (Table 2). In the course of our study, the sodium alkyl/ aryl sulphinate salt having reductive dehalogenating nature. So, making it likely that product formation takes place by reductive dehalogenation of halo form, di halo methane followed by nucleophilic attack of sulphinate sulphur. In the case of sodium t-butyle sulphinate on prolonged heating with halo form, mixer of mono halo, dihalo methyle sulfone was observed. It may be due to reductive de halogenation of dihalomethylesulfone by sodium t-butyl sulphinate. The product formation was not achieved with sodium methyl sulphinate and sodium benzyl sulphinate because it known to form Ramberg backlind rearrangement19after formation of α, α-dihalo methylsulfonesulfone. The products has been characterized by its spectral data and by its alternative chemical method, the latter was achieved by reaction of sodium sulfinate salt with -halo ketone yilds, -keto sulfone, it is on halogenation, follwed by base induced cleavage of α, α-dihalo alkyl/ aryl sulfonyl acetophenone17 with aqueous alkali gave the corresponding product.

In conclusionwe described a facile direct synthesis of different types of , -dihalomethyl sulphones, on the reaction of sodium alkyl aryl sulphinate with chloroform and bromoform in the presence of catalytic amount of phase transfer catalyst.

The authors are thankful to CSIR and DOD, New Delhi for financial assistance and Director IICT for his constant encouragement.

This work is licensed under a Creative Commons Attribution-NonCommercial 4.0 International License.